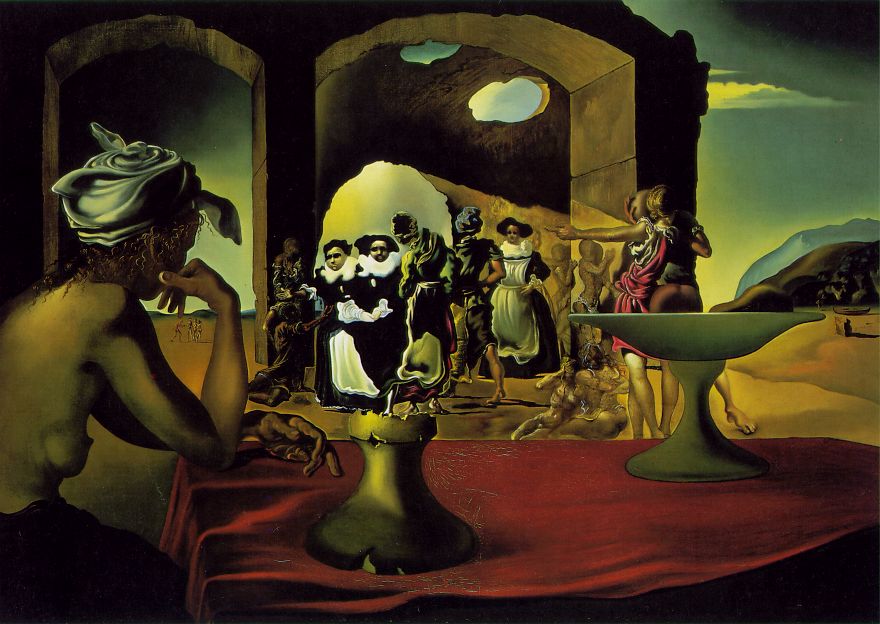 If I might venture to include myself among those whose works have brought them persecution as their sole recompense, I could tell you of men set on ruining me from the day I produced my tragedy Oedipe: of a perfect library of absurd calumnies which have been written against me: of an ex-Jesuit priest whom I saved from utter disgrace rewarding me by defamatory libels: of a man yet more contemptible printing my Century of Louis XIV with Notes in which crass ignorance gave birth to the most abominable falsehoods: of yet another, who sold to a publisher some chapters of a Universal History supposed to be by me: of the publisher avaricious enough to print this shapeless mass of blunders, wrong dates, mutilated facts and names: and, finally, of men sufficiently base and craven to assign the production of this farago to me. I could show you all society poisoned by this class of person–a class unknown to the ancients–who, not being able to find any honest occupation–be it manuel labour or service–and unluckily knowing how to read and write, become the brokers of literature, live on our works, steal our manuscripts, falsify them, and self them. I could tell of some loose sheets of a gay trifle which I wrote thirty years ago (on the same subject that Chapelain was stupid enough to treat seriously) which are in circulation now through the breach of faith and the cupidity of those who added their own grossness to my badinage and filled in the gaps with a dullness only equalled by their malice; and who, finally, after twenty years, are selling everywhere a manuscript which, in very truth, is theirs and worthy of them only.

I may add, last of all, that someone has stolen part of the material I amassed in the public archives to use in my History of the War of 1741 when I was historiographer of France; that he sold that result of my labours to a bookseller in Paris; and is as set on getting hold of my property as if I were dead and he could turn it into money by putting it up to auction. I could show you ingratitude, imposture, and rapine pursuing me for forty years to the foot of the Alps and the brink of the grave. But what conclusion ought I to draw from all these misfortunes? This only: that I have no right to complain: Pope, Descartes, Bayle, Camoens–a hundred others–have been subjected to the same, or greater, injustice: and my destiny is that of nearly everyone who has loved letters too well.

Confess, sir, that all these things are, after all, but little personal pin-pricks, which society scarcely notices. What matter to humankind that a few drones steal the honey of a few bees? Literary men make a great fuss of their petty quarrels: the rest of the world ignores them, or laughs at them.

They are, perhaps, the least serious of all the ills attendant on human life. The thorns inseparable from literature and a modest degree of fame are flowers in comparison with the other evils which from all time have flooded the world. Neither Cicero, Varron, Lucretius, Virgil, or Horace had any part in the proscriptions of Marius, Scylla, that profligate Antony, or that fool Lepidus; while as for that cowardly tyrans, Octavius Caesar–servilely entitled Augustus–he only became an assassin when he was deprived of the society of men of letters.

Confess that Italy owed none of her troubles to Petrarch or to Boccaccio: that Marot’s jests were not responsible for the massacre of St.Bartholomew: or the tragedy of the Cid for the wars of the Fronde. Great crimes are always committed by great ignoramuses. What makes, and will always make, this world a vale of tears is the insatiable greediness and the indomitable pride of men, from Thomas Koulikan, who did not know how to read, to a customhouse officer who can just count. Letters support, refine, and comfort the soul: they are serving you, sir, at the very moment you decry them: you are like Achilles declaiming against fame, and Father Malebranche using his brilliant imagination to belittle imagination.

If anyone has a right to complain of letters, I am that person, for in all times and in all places they have led to my being persecuted: still, we must needs love them in spite of the way they are abused–as we cling to society, though the wicked spoil its pleasantness: as we must love our country, though it treats us unjustly: and as we must love and serve the Supreme Being, despite the superstition and fanaticism which too often dishonour His service.

M. Chappus tells me your health is very unsatisfactory: you must come and recover here in your native place, enjoy its freedom, drink (with me) the milk of its cows, and browse on its grass.

I am yours most philosophically and with sincere esteem.